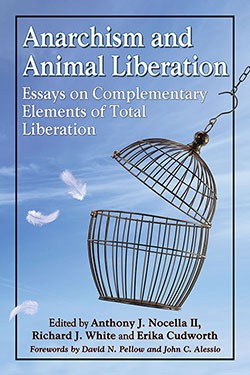 Building upon anarchist critiques of racism, sexism, ableism and classism, this collection of new essays melds anarchism with animal advocacy in arguing that speciesism is an ideological and social norm rooted in hierarchy and inequality. Rising from the anarchist-influenced Occupy Movement, this book brings together international scholars and activists who challenge us all to look more critically into the causes of speciesism and to take a broader view of peace, social justice and the nature of oppression. Animal advocates have long argued that speciesism will end if the humanity adopts a vegan ethic. This concept is developed into the argument that the vegan ethic has the most promise if it is also anti-capitalist and against all forms of domination.