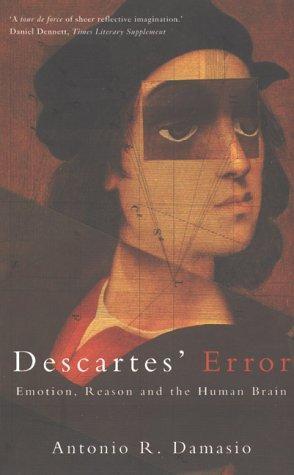 Descartes' Error: Emotion, Reason, and the Human Brain is a 1994 book by neurologist António Damásio, in part a treatment of the mind/body dualism question. Damásio presents the "somatic marker hypothesis", a proposed mechanism by which emotions guide (or bias) behavior and decision-making, and positing that rationality requires emotional input. He argues that René Descartes' "error" was the dualist separation of mind and body, rationality and emotion.

A bit boring at times.