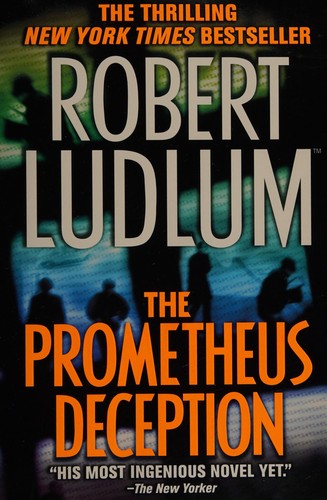 The Prometheus Deception is a spy fiction thriller novel written in 2000 by Robert Ludlum about an agent in an ultraclandestine agency known only as the Directorate named Nick Bryson, alias Jonas Barett, alias Jonathan Coleridge, alias The Technician, who is thrown into a fight between an organization he knows as Prometheus and his former employers at the Directorate