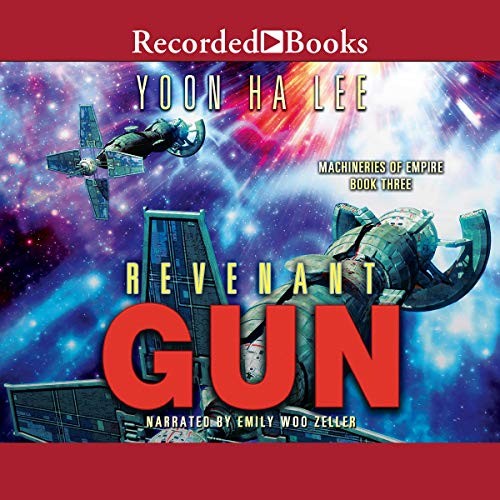 A great ending to this series. Yet again Lee manages to get me invested in all the characters, both old and new alike. Even though it's a story of war between empire and burgeoning democracy that was the least of my concerns. I want these people, from both sides, to be okay. With the introduction of a new sentient species in this novel I was reminded again of just how much I love Lee's worldbuilding here. I never felt like anything was just hand waved away with an explanation of "because science magic", and yet the entire thing revolves around mathematics and science being used to fuel reality bending magic! The ending was so incredibly bittersweet. I'm happy for Charis, and intensely sad for Jidao. I think I might give this series another listen sometime down the road.