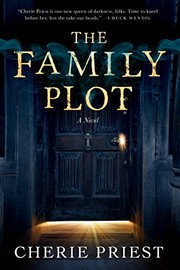 Dahlia Dutton's father is thrilled when the aged and esteemed Augusta Winthrow appears in his office and makes a deal for his company, Music City Salvage, to take over and liquidate her massive family estate in Chattanooga. He gives the job to Dahlia, who gathers a crew and a couple of trucks and heads for the estate--an ancient house, a barn, a carriage house, and a small, overgrown cemetery that Augusta Winthrow left out of the paperwork. She left out a lot of things. Although in unusually great shape, the empty house is harboring something angry and lost, and this is its last chance to raise hell before the house is gone forever. After all, there's still room in the strange little family plot. --

Pretty good! Priest did a good job of slowly unfolding the weirdness in the house and putting real sounding people through strange happenings. It unfolded slowly but deliciously.