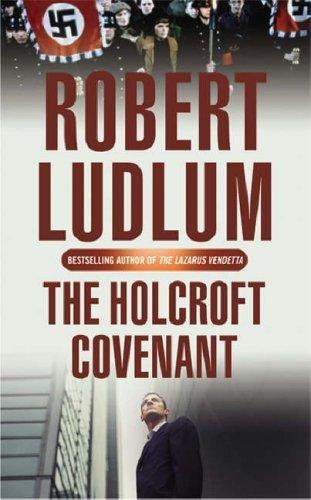 In 1945 the children of the Third Reich were secretly hidden all over the world—to be concealed until the 1970s when they would come of age. Then the most elaborate plans and $780 million in a Swiss bank would be waiting. There would even be an unsuspecting outsider to set the plan into action. That outsider is Noel Holcroft, the American son of a high-ranking Nazi. He's just been shown an amazing document, "The Holcroft Covenant." If he signs, it will be his own death warrant and a devastating security of the world.