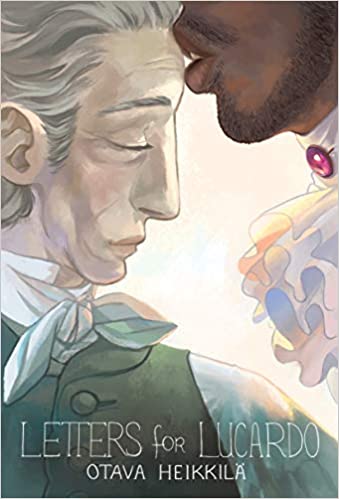 Ed Fiedler is a common man.

61 years old and employed as a scribe in a royal palace, his most regular client is Lucardo von Gishaupt, a forever-young aristocrat . . . and member of the mysterious and revered Night Court. When the eternally 33-year-old Lucardo and the aging Ed develop feelings for one another, both are forced to contend with the culture shock of a mortal man’s presence among the deathless, the perilous disapproval of the sitting Lord of the Night Court, and Ed’s own ever-present mortality, threatening to bring an end to their romance in the blink of an everlasting eye.

This is the first book in a planned four-volume series!