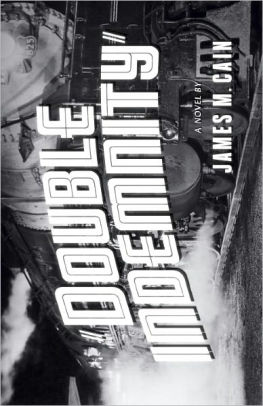 Double Indemnity is a 1943 crime novel by American journalist-turned-novelist James M. Cain. It was first published in serial form in Liberty magazine in 1936 and later republished as one of "three long short tales" in the collection Three of a Kind. The novel later served as the basis for the film of the same name in 1944, adapted for the screen by the novelist Raymond Chandler and directed by Billy Wilder.