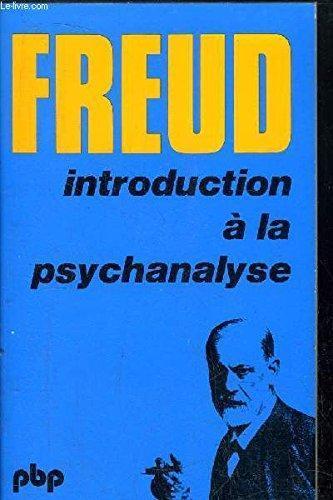 Introduction to Psychoanalysis or Introductory Lectures on Psycho-Analysis (German: Einführung in die Psychoanalyse) is a set of lectures given by Sigmund Freud, the founder of psychoanalysis, in 1915–1917 (published 1916–1917, in English 1920). The 28 lectures offer an elementary stock-taking of his views of the unconscious, dreams, and the theory of neuroses at the time of writing, as well as offering some new technical material to the more advanced reader.The lectures became the most popular and widely translated of his works. However, some of the positions outlined in Introduction to Psychoanalysis would subsequently be altered or revised in Freud's later work; and in 1932 he offered a second set of seven lectures numbered from 29–35—New Introductory Lectures on Psychoanalysis—as complement (though these were never read aloud and featured a different, sometimes more polemical style of presentation).