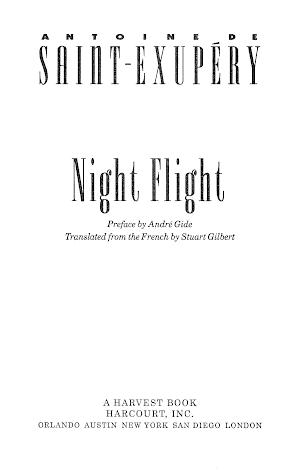 Night Flight, published as Vol de Nuit in 1931, was the second novel by French writer and aviator Antoine de Saint-Exupéry. It went on to become an international bestseller and a film based on it appeared in 1933. Its popularity, which only grew with the ideological conflicts of the 1930s – 1940s, was due to its master theme of sacrificing personal considerations to a cause in which one believes.