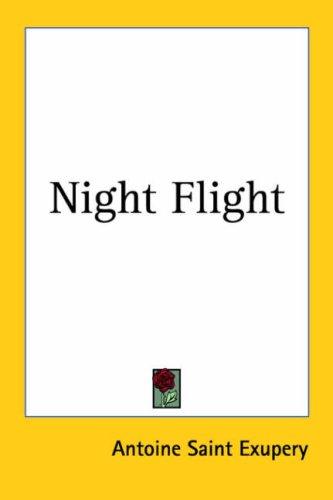 Night Flight (French title: Vol de Nuit) is the second novel by French writer and aviator Antoine de Saint-Exupéry. It was first published in 1931 and became an international bestseller. The book is based on Saint-Exupéry's experiences as an airmail pilot and as a director of the Aeroposta Argentina airline, based in Argentina. The characters were also loosely based on people Saint-Exupéry knew in South America. Notably, the character of Rivière was inspired by Didier Daurat, operations director of the Aéropostale. More details can be found in Saint-Exupéry's 1939 memoir, Wind, Sand and Stars. (Source: Wikipedia)