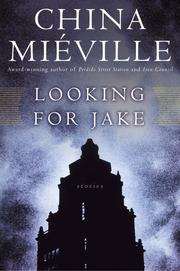 What William Gibson did for science fiction, China Mieville has done for fantasy, shattering old paradigms with fiercely imaginative works of startling, often shocking, intensity. Now from this brilliant young writer comes a groundbreaking collection of stories, many of them previously unavailable in the United States, and including four never-before-published tales--one set in Mieville's signature fantasy world of New Crobuzon. Among the fourteen superb fictions are"Jack"--Following the events of his acclaimed novel Perdido Street Station, this tale of twisted attachment and horrific revenge traces the rise and fall of the Remade Robin Hood known as Jack Half-a-Prayer. "Familiar"--Spurned by its creator, a sorceress's familiar embarks on a strange and unsettling odyssey of self-discovery in a coming-of-age story like no other.From the Trade Paperback edition.