Magic in the shadows 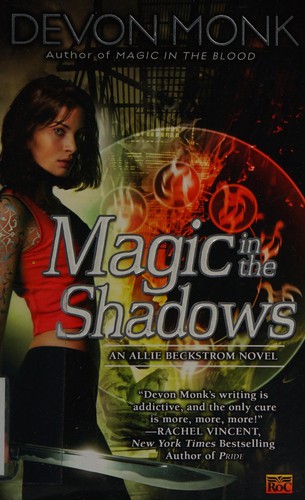 "Magic is Allison Beckstrom's blessing and curse. As a Hound, she uses her gifts to track down practitioners who abuse their power, and then stops them from inflicting harm on unsuspecting innocents. Unfortunately her spells have taken a toll on her, physically marking her and erasing her memories--including those of the man she supposedly loves. But lost memories aren't the only things preying on Allie's thoughts. Her late father, the prominent businessman--and sorcerer--Daniel Beckstrom, has somehow channeled himself into her mind. With the help of the Authority, a secret organization of magic users, she hopes to gain better control over her own abilities--and find a way to deal with her father...."--p. [4] of cover.