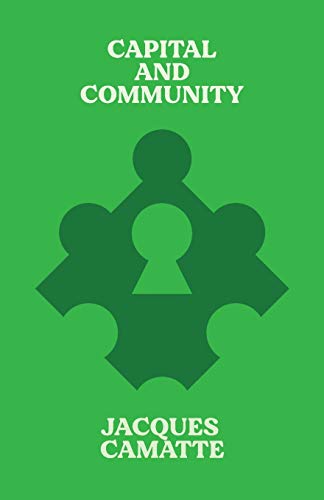 Capital and Community: The Results of the Immediate Process of Production and the Economic Work of Marx is a 1976 book which has been in and out of print for decades.

The book sets out to trace the four fronts on which Marx critiques political economy: wage labor as the basis of capitalist society, the commodity as vehicle for introducing the problem of value and its forms, the birth of value, and forms which precede capitalist production for alienation and commodification of man.

Upon this foundation, Camatte seeks to add onto the two questions which arrive from Marx's project: "1. the origin of value, its characteristics and forms; 2. the origin of the free worker, the wage-labourer." These questions are a vehicle for analyzing and contributing further to Marx's project of critiquing capital as totality and the surrounding view of the production process and the reality of it.