Philosophy and the Mirror of Nature 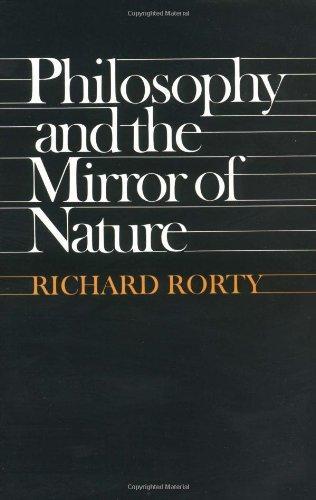 Philosophy and the Mirror of Nature is a 1979 book by the American philosopher Richard Rorty, in which the author attempts to dissolve modern philosophical problems instead of solving them by presenting them as pseudo-problems that only exist in the language-game of epistemological projects culminating in analytic philosophy. In a pragmatist gesture, Rorty suggests that philosophy must get past these pseudo-problems if it is to be productive. The work was considered controversial upon publication, and had its greatest success outside analytic philosophy.