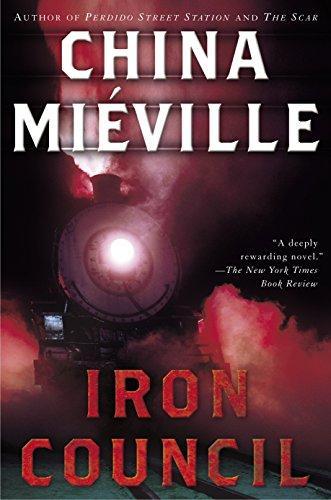 Iron Council (2004) is a weird fantasy novel by the British writer China Miéville, his third set in the Bas-Lag universe, following Perdido Street Station (2000) and The Scar (2002). In addition to the steampunk influences shared by its predecessors, Iron Council draws several elements from the western genre. Iron Council is one of China Miéville's most overtly political novels, being strongly inspired by the anti-globalization movement, and tackling issues such as imperialism, corporatism, terrorism, racial hatred, homosexuality, culture shock, labour rights and war. The novel won the Arthur C. Clarke and Locus Awards in 2005, and was also nominated for the Hugo and World Fantasy Awards the same year.

the last and most political of the bas-lag
books is also the best.