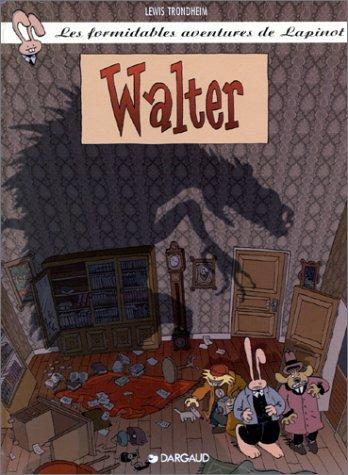 Walter is a comic strip in the series The spiffy adventures of McConey (Les formidables aventures de Lapinot in the original French language), by the popular French cartoonist Lewis Trondheim. It was released in 1996 as volume 3 in the series. An English translation, titled Harum Scarum, was released in 1998. This is one of the fastest-paced books in the series, and the characters are constantly dragged from one situation to another without getting a chance to catch their breath. This volume is often considered by fans to be one of the funniest and strongest in the series.