The Meaning of the Creative Act 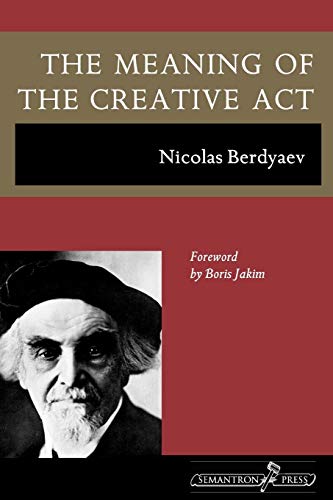 The Meaning of the Creative Act is a seminal work for Nikolai Berdyaev. It adumbrates a number of crucially important themes that he develops in his later works, notably creative freedom as an essential element of human life and human creativeness as complementary to God's creativeness. Berdyaev's aim is to sketch out an "anthropodicy," a justification of man (as opposed to a theodicy, a justification of God); man is to be justified on the basis of his creative acts, inasmuch as he is a creature who is also a co-creator in God's work of creation. This is how Berdyaev puts it: "God awaits from us a creative act."