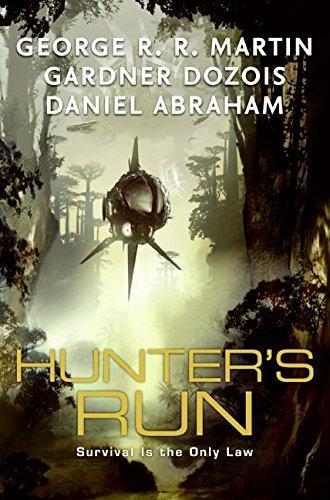 Hunter's Run is a 2007 science fiction novel written by Daniel Abraham, Gardner Dozois and George R. R. Martin. It is a heavily rewritten and expanded version of an earlier novella called Shadow Twin. The novel was originally published by Harper Voyager in the UK in September 2007, with a cover photo by Tony Sweet. In January 2008, Eos/HarperCollins published it in the US, with cover art by Stephan Martinière. Subterranean Press published a limited edition with cover art by Bob Eggleton.