Heirs of the Blade 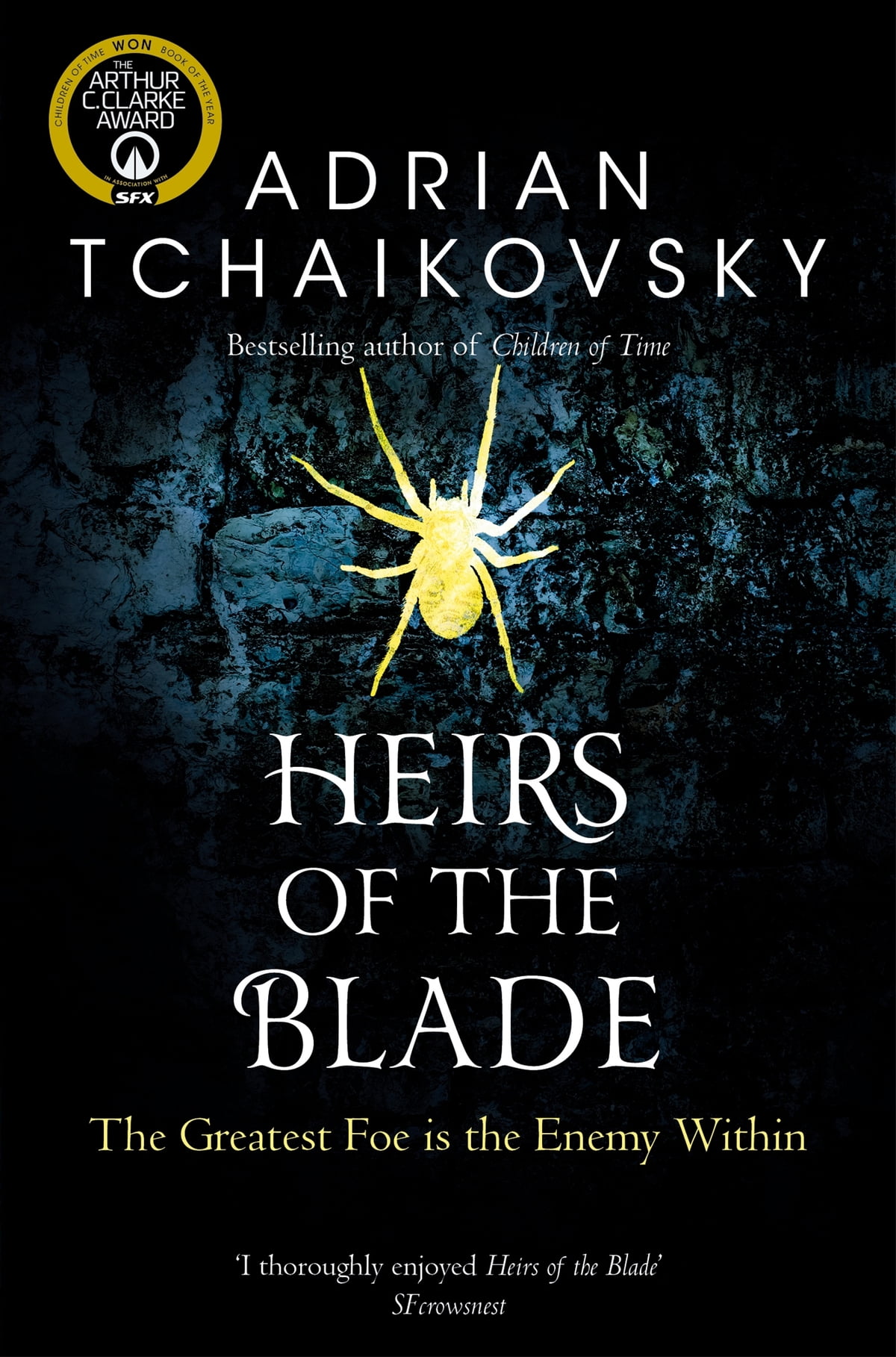 Tynisa is on the run, but she can't escape her inner torment - or atone for the crimes that haunt her. Even as the provinces of the Dragonfly Commonweal crumble around her, the past is catching up with her at last. Her father's ghost is hunting her down.

In this book, we go to the Commonweal, the land of the Dragonfly-kinden. It is a vast far-away land with mostly inapt inhabitants, and they were partially conquered by the Wasp Empire, but still somewhat kept their ways creating an interesting mix of small Monarchies (Principalities) and Wasp-occupied provinces. There is an epic Weaponmaster duel, featuring Tynisa, the Spider. The first half of the book focuses on Tynisa's explorations in the Commonweal. Through her experience, we can see the duality of the Apt and Inapt worlds, and manifestations of arcane magic. This whole series is an exploration of this duality: the arcane versus technology/science. It seems the Wasp Empire wants to rule with both magic and technology, combining them into a powerful weapon to take over the world. We'll see how that goes.

I'm a little under half-way through this and it is shaping up to be an incredible read. Picking up from the events in The Scarab Path, Heirs of the Blade takes the narrative of the series in a new and fascinating direction.

I am really looking forward to seeing how this slots together - both in terms of this novel and the series as a whole.