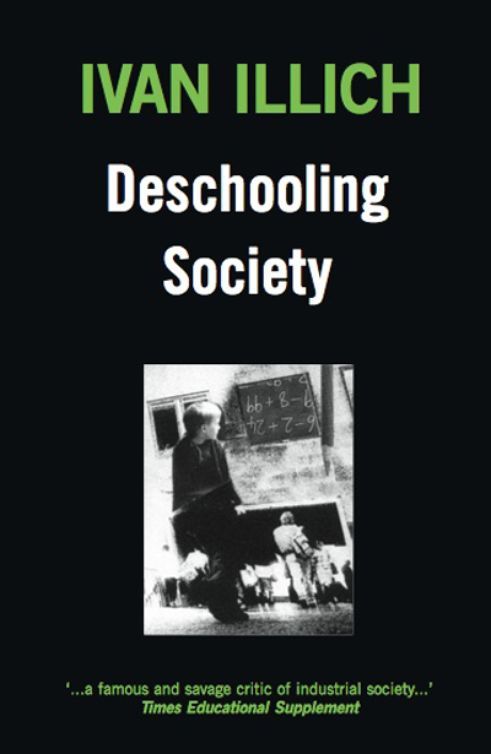 Deschooling Society (1971) is a critical discourse on education as practised in modern economies. It is a book that brought Ivan Illich to public attention. Full of detail on programs and concerns, the book gives examples of the ineffectual nature of institutionalized education. Illich posited self-directed education, supported by intentional social relations in fluid informal arrangements.

A 1970 critique of the authoritarian direction of institutional education under consumerist society, in compulsory attendance and restricted certification - both demand and production thereof - and in perpetuating the dependent abdication of self-worth out to institutions and consumption.

It's oddly placed between anarchist and libertarian language, on liberating Catholic Aristotelian grounds. Ending with a concrete proposal for convivial, voluntary, life-long learning networks. Predicts aspects of the Internet without being a call for technological solutions, though it reads as somewhat simplistic/hopeful for horizontalism in today's web - a radical de-emphasis of education's role in producing shared truth in society, intentionally.

seems like itd be preaching to the choir but immediately begins damning them. so awesome.