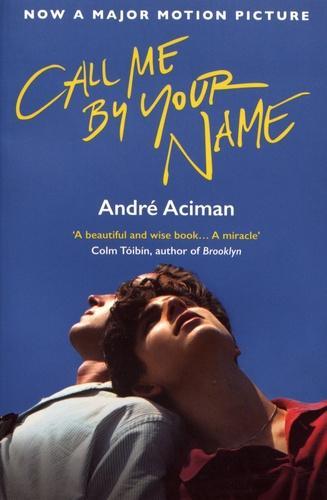 Call Me by Your Name is a 2007 coming-of-age novel by American writer André Aciman that centers on a blossoming romantic relationship between an intellectually precocious, curious, and pretentious 17-year-old American-Italian Jewish boy named Elio Perlman and a visiting 24-year-old American Jewish scholar named Oliver in 1980s Italy. The novel chronicles their summer romance and the 20 years that follow. A sequel to the novel, Find Me, was released in October 2019.

The English language was a bit too intellectual and difficult for me. It was hard sometimes to understand what was being said or what the author meant. I also hated the fact that almost every sentence had to be said in different ways. I felt like every page could have been shortened by half. It was so repetitive.

I also was very bored at Elio being overly obsessed about Oliver. We all might have been star struck once in our lives, but how Elio acts throughout this story is just plain disgusting at times. Not even mentioning the peach-thing. What the hell.

The last chapter made the story a bit better, but still not enough to make this a good story.