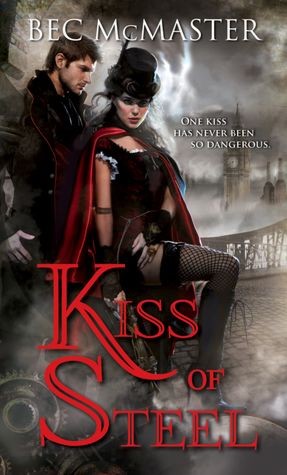 A brilliantly creative debut where vampires, werewolves, and clockwork creatures roam the mist–shrouded streets of London...

When Nowhere is Safe

Most people avoid the dreaded Whitechapel district. For Honoria Todd, it's the last safe haven. But at what price?

Blade is known as the master of the rookeries—no one dares cross him. It's been said he faced down the Echelon's army single–handedly, that ever since being infected by the blood–craving he's been quicker, stronger, and almost immortal.

When Honoria shows up at his door, his tenuous control comes close to snapping. She's so...innocent. He doesn't see her backbone of steel—or that she could be the very salvation he's been seeking.