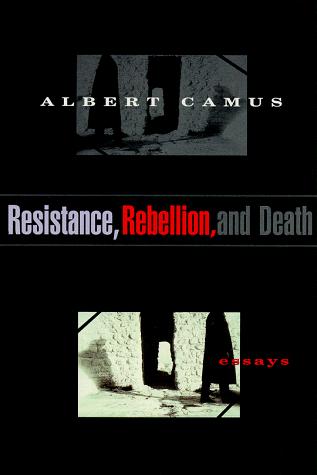 Resistance, Rebellion, and Death is a 1960 collection of essays written by Albert Camus and selected by the author prior to his death. The essays here generally involve conflicts near the Mediterranean, with an emphasis on his home country Algeria, and on the Algerian War of Independence in particular. He also criticizes capital punishment (Reflections on the Guillotine) and totalitarianism in particular.

Camus was such a powerful force of nature. Clear, precise, penetrating and brutally honest. His essays "Reflections on the Guillotine" and "Create Dangerously" were one of the most precise works I've come across on the subjects that I think about a lot - the futility of the death penalty and the work of an artist. Looking forward to read the rest of his bibliography.