Arab Nationalism in the Twentieth Century

From Triumph to Despair 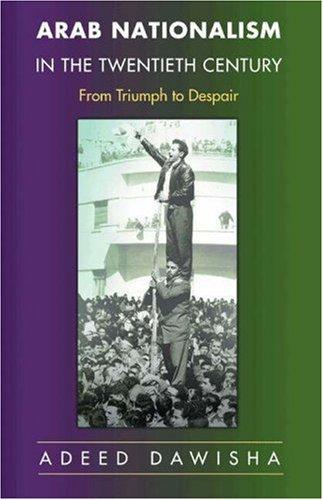 Dawisha argues that Arab nationalism--which, he says, was inspired by nineteenth-century German Romantic nationalism--really took root after World War I and not in the nineteenth century, as many believe, and that it blossomed only in the 1950s and 1960s under the charismatic leadership of Egypt's Gamal 'Abd al-Nasir. He traces the ideology's passage from the collapse of the Ottoman Empire through its triumphant ascendancy in the late 1950s with the unity of Egypt and Syria and with the nationalist revolution of Iraq, to the mortal blow it received in the 1967 Arab defeat by Israel, and its eventual eclipse. Dawisha criticizes the common failure to distinguish between the broader, cultural phenomenon of "Arabism" and the political, secular desire for a united Arab state that defined Arab nationalism. In recent decades competitive ideologies--not least, Islamic militancy--have inexorably supplanted the latter, he contends.