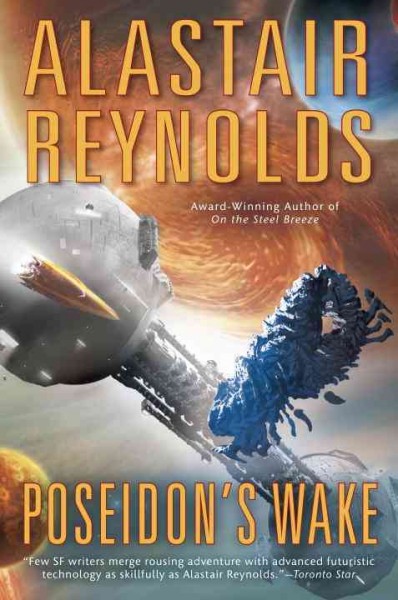 ""Few SF writers merge rousing adventure with advanced futuristic technology as skillfully as Alastair Reynolds" (Toronto Star), the award-winning author of On the Steel Breeze. In the conclusion of his Poseidon's Children saga, the Akinya family receives an invitation from across the stars--and a last opportunity to redeem their name ... Send Ndege ... The cryptic message originated seventy light-years away from the planet Crucible, where Ndege Akinya lives under permanent house arrest for her role in the catastrophe that killed 417,000 people. Could it be from her mother, Chiku, who vanished during a space expedition decades earlier? Ndege's daughter Goma, a biologist, joins the crew of the Travertine dispatched to Gliese 163 to uncover the source behind the enigmatic message. Goma's odyssey will take her not only into the farthest reaches of space, but centuries into her family's past where the answers to the universe's greatest mysteries await.."--