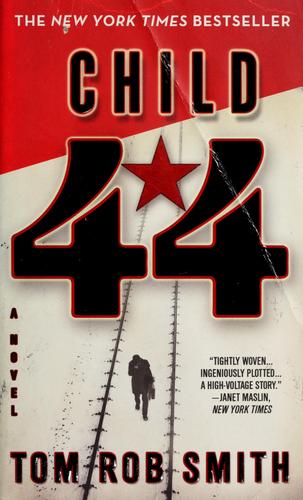 Child 44 (published in 2008) is a thriller novel by British writer Tom Rob Smith. This is the first novel in a trilogy featuring former MGB Agent Leo Demidov, who investigates a series of gruesome child murders in Joseph Stalin's Soviet Union.

A serial killer novel with a twist: it's located in the Soviet Union during the Stalin era. Don't forget that according to the communist propaganda crime only happened in capitalist countries being the consequences of a corrupt society.

Which means that the main character of this novel undertakes the investigation of more than 40 child murders against the police system.

A very vivid description of life under a communist system where everybody mistrusts everybody else, down you close members of the family be it wife, brother or son. This aspect of the book comes to a peak when Leo, the main character, has to sneak in an apartment occupied by two different families at night in the dark in order to be able to whisper a few words to his parents for fear of waking up the other family and be denounced and arrested.