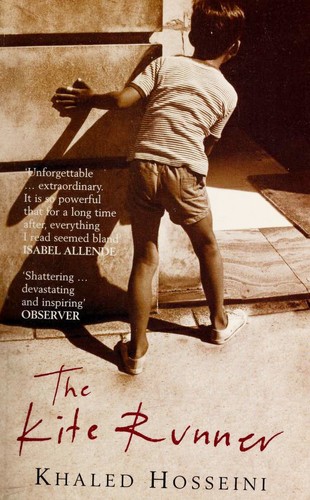 Twelve-year-old Amir is desperate to gain the approval of his father and resolves to win the local kite-fighting tournament, to prove that he has the makings of a man. His loyal friend Hassan promises to help him - for he always helps Amir - but this is 1970s Afghanistan and Hassan is merely a low-caste servant who is jeered at in the street, although Amir feels jealous of his natural courage and the place he holds in his father's heart. But neither of the boys could foresee what would happen to Hassan on the afternoon of the tournament, which was to shatter their lives. After the Russians invade and the family is forced to flee to America, Amir realises that one day he must return to find the one thing that his new wold cannot grant him: redemption. -back cover

It was an okay book, and read pretty well while it was in Afghanistan. Once the protagonist got to America, it got all whiny and spineless. I thought the "displaced Persian" thing was much better done in "House of Sand and Fog".