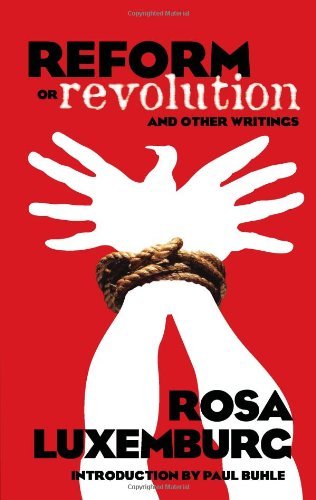 Social Reform or Revolution? (German: Sozialreform oder Revolution?) is an 1899 pamphlet by Polish-German Marxist theorist Rosa Luxemburg. Luxemburg argues that trade unions, reformist political parties and the expansion of social democracy—while important to the proletariat's development of class consciousness—cannot create a socialist society as Eduard Bernstein, among others, argued. Instead, she argues from a historical materialist perspective that capitalism is economically unsustainable and will eventually collapse and that a revolution is necessary to transform capitalism into socialism. The pamphlet was heavily influential in revolutionary socialist circles and along with Luxemburg's other work an important precursor to left communist theory.