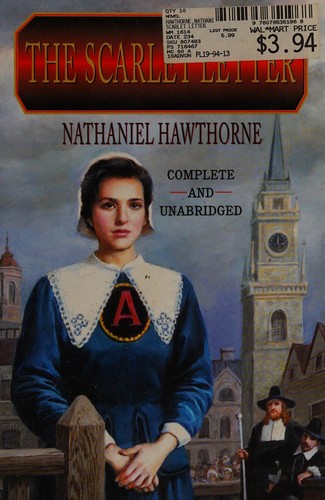 The Puritans thought Hester Prynne's crime was unforgiveable. She was convicted, imprisoned -- and then forced to wear, forever, a public reminder of her sin. The Scarlet Letter. The Letter was unending punishment: it set Hester apart from society, it tormented her days and haunted her soul. But the Letter haunted others, as well. Its mystery turned Roger Chillingworth from a gentle healer into a man driven by revenge. Its meaning burned into Rev. Arthur Dimmesdale's heart, as deadly as a cancer. And its power loomed over the life of Hester's daughter, the uncontrollable child Pearl. Four people would be destroyed by a tangled web of guilt and secrets, unless one of them had the courage -- and love -- to reveal the truth of -- The Scarlet Letter.