popular assemblies and the promise of direct democracy 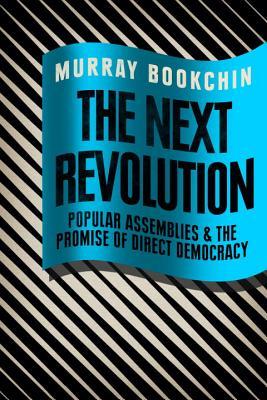 "Many similarities exist between the new movements against austerity that have emerged since 2011, ranging from Taksim Square in Turkey to the Chilean student protests, and from Greece to NYC. One of them is their return to the principles of direct democracy and their organization around popular assemblies. These ideas are hardly new - Murray Bookchin, who is one of the leading anarchist thinkers of the twentieth century, has been elaborating ideas about popular assemblies for several decades that have influenced thinkers such as David Harvey. The Next Revolution brings together Bookchin's writings on popular assemblies for the first time, just as his ideas are rekindling the radical imagination worldwide"--

Short and easy to skim. I don't have the theoretical background to get too deep into his arguments, but the general gist seems to be:
Marxism & anarchism were useful frameworks for their time but now times have changed
In particular, we see that capitalism was in its youth at the turn of the 20th century, not in its old age, and also that workers are whole entire people and not just revolutionaries
* Let's make city councils stronger, break down big cities into "human-scale municipalities," and move towards a society of loosely interdependent municipalities. This will be a moral society.

Definitely skeptical of that last point, especially since I just read a bunch of stuff about how planning complicated things doesn't really work, and the fraught-ness of top-down restructuring of society.