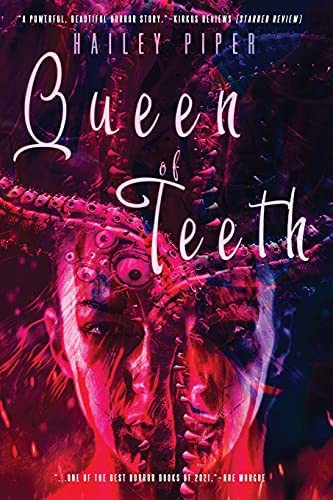 Within forty-eight hours, Yaya Betancourt will go from discovering teeth between her thighs to being hunted by one of the most powerful corporations in America.

She assumes the vagina dentata is a side effect of a rare genetic condition caused by AlphaBeta Pharmaceutical, decades ago, when she and several thousand others were still in the womb.

But, when ABP corporate goons upend her life, she realizes her secondary teeth might be evidence of a new experiment for which she's the most advanced test tube . . . a situation worsened when Yaya's condition sprouts horns, tentacles, and a mind of its own.

On the run and transforming, Yaya may be either ABP's greatest success, or the deadliest failure science has ever created.