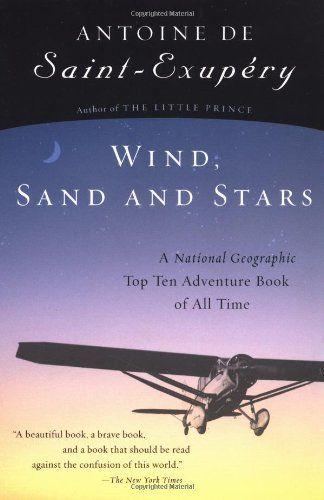 Wind, Sand and Stars (French title: Terre des hommes, literally "Land of Men") is a memoir by the French aristocrat aviator-writer Antoine de Saint-Exupéry, and a winner of several literary awards. It deals with themes such as friendship, death, heroism, and solidarity among colleagues, and illustrates the author's opinions of what makes life worth living. It was first published in France in February 1939, and was then translated by Lewis Galantière and published in English by Reynal and Hitchcock in the United States later the same year.

This is a book that I will come back to again. There are too many passages that I’d highlighted to get into here. I would recommend this one to anyone.