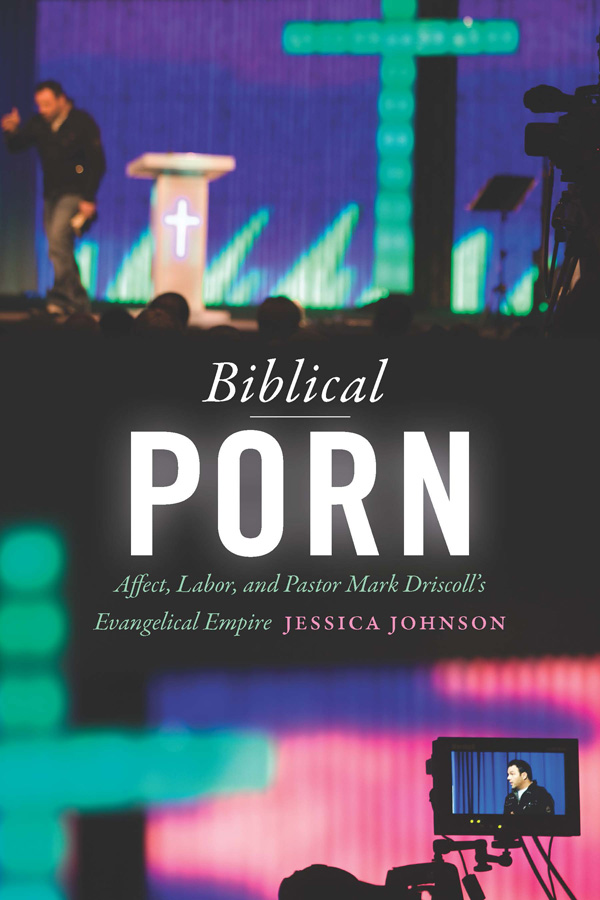 Between 1996 and 2014, Mark Driscoll's Mars Hill Church multiplied from its base in Seattle into fifteen facilities spread across five states with 13,000 attendees. When it closed, the church was beset by scandal, with former attendees testifying to spiritual abuse, emotional manipulation, and financial exploitation. In Biblical Porn Jessica Johnson examines how Mars Hill's congregants became entangled in processes of religious conviction. Johnson shows how they were affectively recruited into sexualized and militarized dynamics of power through the mobilization of what she calls "biblical porn"—the affective labor of communicating, promoting, and embodying Driscoll's teaching on biblical masculinity, femininity, and sexuality, which simultaneously worked as a marketing strategy, social imaginary, and biopolitical instrument. Johnson theorizes religious conviction as a social process through which Mars Hill's congregants circulated and amplified feelings of hope, joy, shame, and paranoia as affective value that the church capitalized on to grow at all costs.