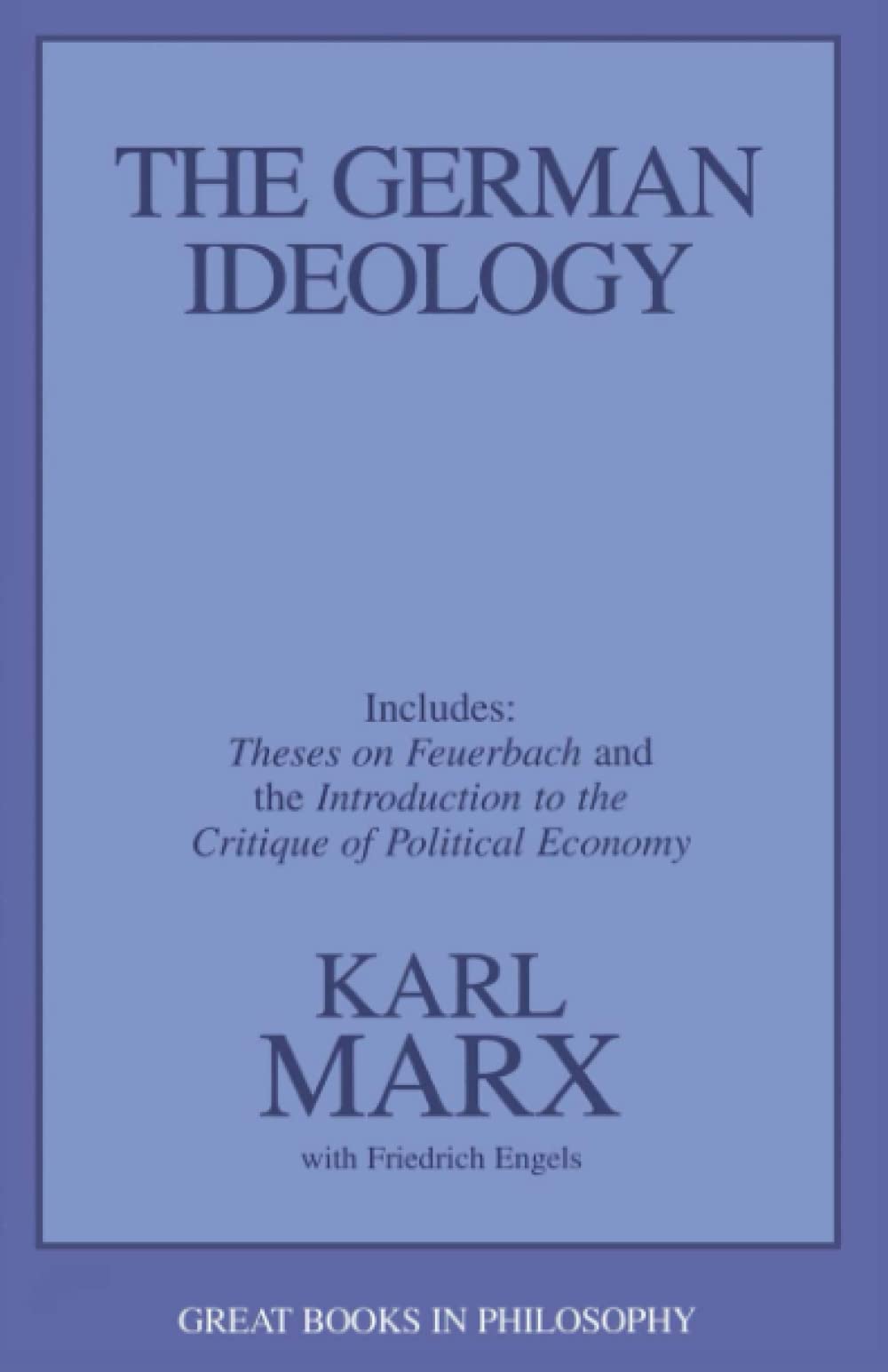 Nearly two years before his powerful Communist Manifesto, Marx (1818-1883) co-wrote The German Ideology in 1845 with friend and collaborator Friedrich Engels expounding a new political worldview, including positions on materialism, labor, production, alienation, the expansion of capitalism, class conflict, revolution, and eventually communism. They chart the course of "true" socialism based on Hegel's dialectic, while criticizing the ideas of Bruno Bauer, Max Stirner and Ludwig Feuerbach. Marx expanded his criticism of the latter in his now famous Theses on Feuerbach, found after Marx's death and published by Engels in 1888. Introduction to the Critique of Political Economy, also found among the posthumous papers of Marx, is a fragment of an introduction to his main works. Combining these three works, this volume is essential for an understanding of Marxism.

I have read "Theses On Feuerbach" and the first part of "The German Ideology". These texts are clear and well argued. I implore everyone to take some time to read them.