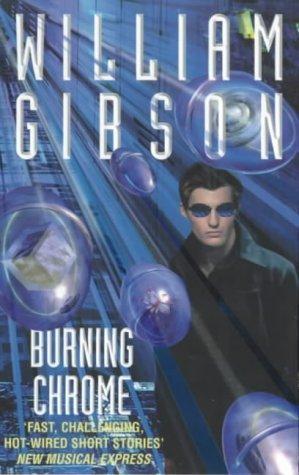 "Burning Chrome" is a science fiction short story by Canadian-American writer William Gibson, first published in Omni in July 1982. Gibson first read the story at a science fiction convention in Denver, Colorado in the autumn of 1981, to an audience of four people, among them Bruce Sterling (whom Gibson later said "completely got it"). It was nominated for a Nebula Award in 1983 and collected with the rest of Gibson's early short fiction in a 1986 volume of the same name.