The Holy Blood & The Holy Grail 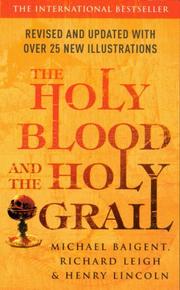 Explains how the catholic church used the knights templar during the crusades for repossessing the holy land (Jerusalem), and then disowned and persecuted them.

Speculates that Jesus was sentenced to death by Romans rather than the Jews, that he survived, that his family (wife and children!), if not himself, escaped to Southern France (Languedoc region).

Suggests that the Knights Templar may have protected the holy family there (maybe even blackmailed the catholic church), and that a hidden reason for the war waged there by Rome was to annihilate the holy family in order to strengthen the position of the Catholic Church.

Suggests that descendants of Jesus have managed to survive to this day.

While you may dispute the facts and findings of the authors The Holy Blood and the Holy Grail makes for an interesting look at an alternate view of the historical facts behind some of Christianity's facts.