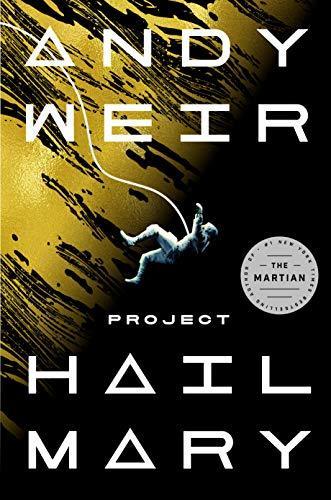 Project Hail Mary is a 2021 science fiction novel by American novelist Andy Weir. Set in the near future, the novel centers on junior high (middle) school-teacher-turned-astronaut Ryland Grace, who wakes up from a coma afflicted with amnesia. He gradually remembers that he was sent to the Tau Ceti solar system, 12 light-years from Earth, to find a means of reversing a solar dimming event that could cause the extinction of humanity. Project Hail Mary is Weir's third novel, after The Martian in 2011 and Artemis in 2017. The unabridged audiobook is read by Ray Porter. The film rights have been purchased by Metro-Goldwyn-Mayer. Drew Goddard (who adapted The Martian, Weir's traditional publishing debut, into a 2015 film) is slated to adapt the book into a film. Actor Ryan Gosling plans to star as Grace in the film adaptation.