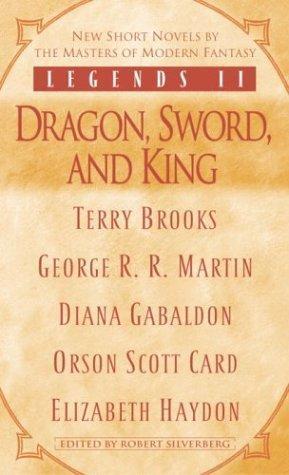 Legends: Short Novels by the Masters of Modern Fantasy is a 1998 anthology of 11 novellas (short novels) by a number of English-language fantasy authors, edited by Robert Silverberg. All the stories were original to the collection, and set in the authors' established fictional worlds. The anthology won a Locus Award for Best Anthology in 1999. Its science fiction equivalent, Far Horizons, followed in 1999. The collection has a sequel, Legends II, published in 2003.