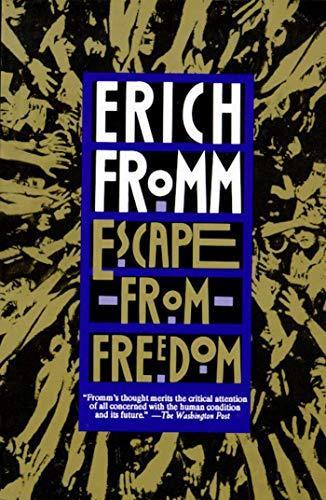 Escape from Freedom is a book by the Frankfurt-born psychoanalyst Erich Fromm, first published in the United States by Farrar & Rinehart in 1941 with the title Escape from Freedom and a year later as The Fear of Freedom in UK by Routledge & Kegan Paul. It was translated into German and first published in 1952 under the title 'Die Angst vor der Freiheit' (The Fear of Freedom). In the book, Fromm explores humanity's shifting relationship with freedom, with particular regard to the personal consequences of its absence. His special emphasis is the psychosocial conditions that facilitated the rise of Nazism.