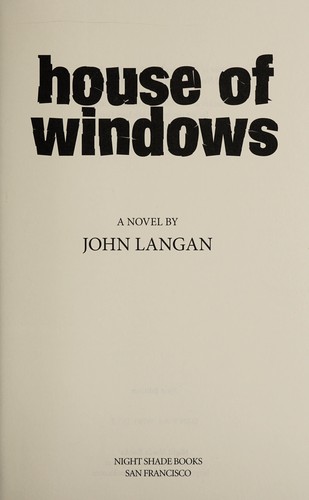 When a young writer finds himself cornered by a beautiful widow in the waning hours of a late-night cocktail party, he seeks at first to escape, to return to his wife and infant son, but the tale she weaves, of her missing husband, a renowned English professor, and her lost stepson, a soldier killed on a battlefield on the other side of the world, of phantasmal visions, a family curse, and a house ... the Belvedere House, a striking mansion whose features suggest a face, hidden just out of view, draws him in, capturing him. What follows is a deeply psychological ghost story of memory and malediction, loss and remorse.

I saw mixed reviews and didn't expect to enjoy this. I did. Very much. It reads like a modern take on a 60s ghost movie. I can see a screenplay. It's long-winded and detail heavy, but reads quickly. The story isn't the most original, but there's enough new to make you keep turning pages. I could of done with more chapter breaks, but I'm particular. Very enjoyable.