The book of Atrix Wolfe

by Patricia A. McKillip 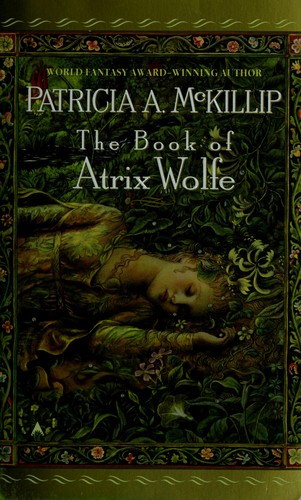 Prince Talis, heir to the Pelucir throne, has been away from his homeland studying magecraft. At the wizards' college, he discovers a mysterious book of spells whose words carry hidden meanings. Returning to Pelucir, Talis encounters the Queen of the Woods, who is looking for her daughter, Sorrow, lost ever since the mage Atrix Wolfe misused his magic to divert a war. Now Talis and Atrix must solve the riddle of Sorrow's existence, and rid the world of the evil that Atrix conjured.