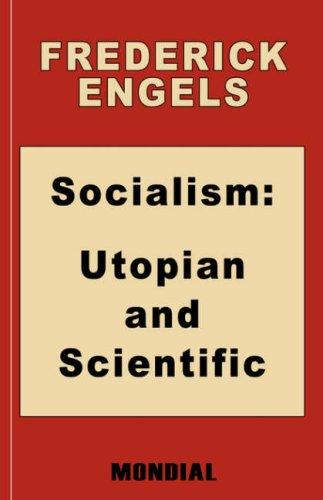 Socialism: Utopian and Scientific is a short book first published in 1880 by German-born socialist Friedrich Engels. The work was primarily extracted from a longer polemic work published in 1876, Anti-Dühring. It first appeared in the French language. The title Socialism: Utopian and Scientific was adopted for the first English edition — the tenth language in which the book appeared. Intended as a popularization of Marxist ideas for a working class readership, the book was one of the fundamental publications of the international socialist movement during the late 19th and early 20th centuries, selling tens of thousands of copies.