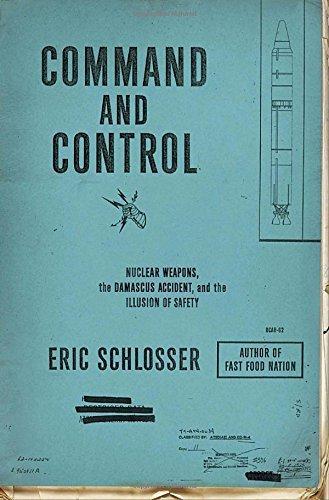 Command and Control: Nuclear Weapons, the Damascus Accident, and the Illusion of Safety is a 2013 nonfiction book by Eric Schlosser about the history of nuclear weapons systems in the United States. Incidents Schlosser discusses in the book include the 1980 Damascus Titan missile explosion and the 1961 Goldsboro B-52 crash. It was a finalist for the 2014 Pulitzer Prize for History. A documentary film based on the book aired as an episode of The American Experience on PBS in early 2017.

A chilling account of the history of US nuclear weapons, that unfortunately leaves me wanting to hear more about the Soviet side of the story. This book also helps to put the history of computing and especially the development of computer networks into perspective.