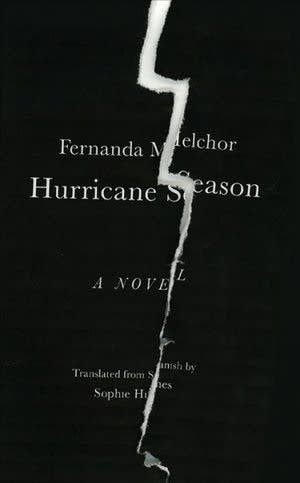 The Witch is dead. And the discovery of her corpse—by a group of children playing near the irrigation canals—propels the whole village into an investigation of how and why this murder occurred. Rumors and suspicions spread. As the novel unfolds in a dazzling linguistic torrent, with each unreliable narrator lingering on new details, new acts of depravity or brutality, Melchor extracts some tiny shred of humanity from these characters that most would write off as utterly irredeemable, forming a lasting portrait of a damned Mexican village.

Like Roberto Bolano’s 2666Â or Faulkner’s greatest novels, Hurricane Season takes place in a world filled with mythology and violence—real violence, the kind that seeps into the soil, poisoning everything around: it’s a world that becomes more terrifying and more terrifyingly real the deeper you explore it.

This was a hard read, both in terms of subject matter (big ol' CW for rape and child abuse and other stuff) but also the technical writing style. Melchor definitely knows what she's doing in how she writes this book - her use of stream of consciousness and run on sentences definitely has a sweeping feel to it, evoking that sense of chaos you would get in a hurricane. On the other hand, it definitely makes it hard to follow what is happening. I think for the most part that the work on the reader's part is worth it - although it does take time to get used to the flow of the writing, ultimately the story that's slowly unraveled is a worthy one. I do wonder if so many run-on sentences were needed, though.