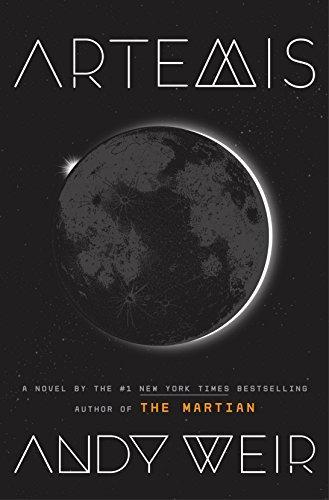 Artemis is a 2017 science fiction novel written by Andy Weir. The novel takes place in the late 2080s in Artemis, the first and so far only city on the Moon. It follows the life of porter and smuggler Jasmine "Jazz" Bashara as she gets caught up in a conspiracy for control of the city. The novel was highly praised by readers on Goodreads, who voted it the best sci-fi novel of the year. The novel's audiobook is narrated by Rosario Dawson.