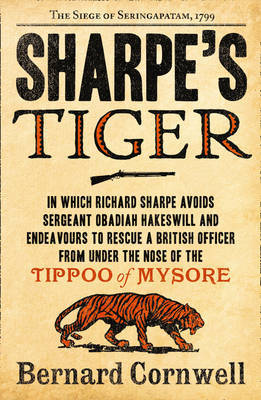 Published May 29, 2011 by HarperCollins Publishers.

The prequel to the series, describing Sharpe's experiences in India. Sharpe’s Tiger describes the adventures of the raw young private soldier Richard Sharpe in India, before the Peninsular War.

Sharpe and the rest of his battalion, along with the rising star of the general staff Arthur Wellesley, are about to embark upon the siege of Seringapatam, island citadel of the Tippoo of Mysore. The British must remove this potentate from his tiger throne, but he has gone to extraordinary lengths to defend his city from attack. And always he is surrounded by tigers, both living and ornamental…any prisoner of the Tippoo can expect a savage end.

A prequel to the original Sharpe's series, with Richard Sharpe a private fighting for the British army in India. Sticks to the conventions of the series with action, bad guys heroics but is the place to start rather than in published order.