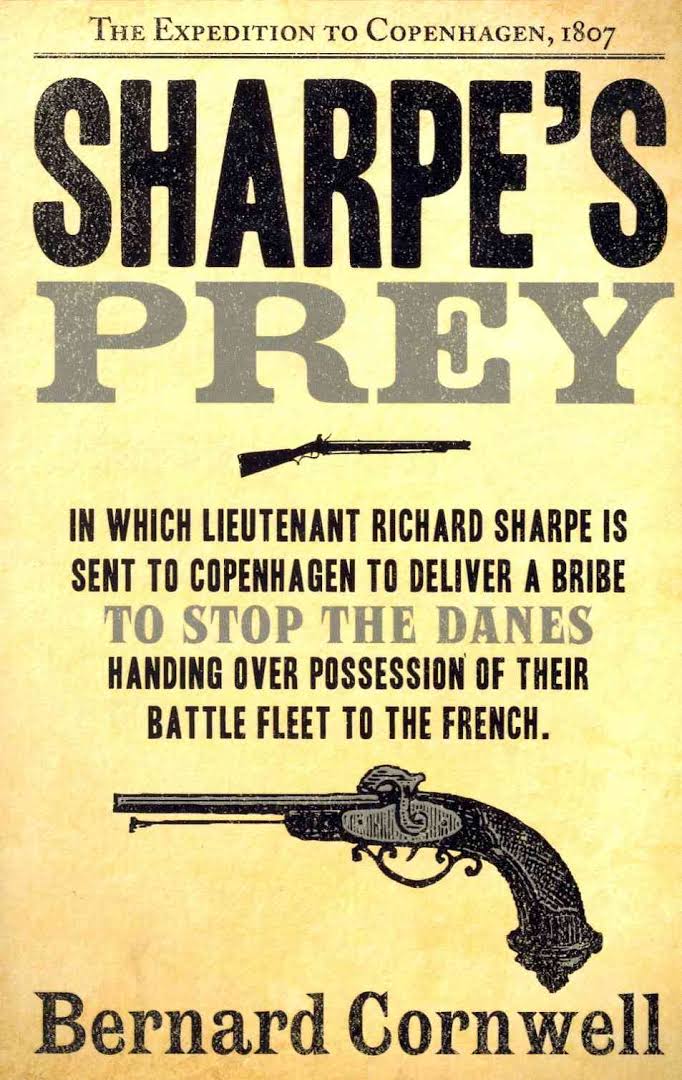 Sharpe's Prey is the fifth historical novel in the Richard Sharpe series by Bernard Cornwell, first published in 2001. The story is set in 1807 during the Napoleonic Wars . Second Lieutenant Richard Sharpe is sent to Copenhagen in 1807 with the job of protecting a nobleman on a secret mission. Sharpe soon discovers that his task is complicated by traitors, spies and the bombardment of Copenhagen.

Historical events see sharpe head off for a danish adventure. The story finds time to delve into his past while also reintroducing a host of characters from previous stories.