A Convergence of Birds 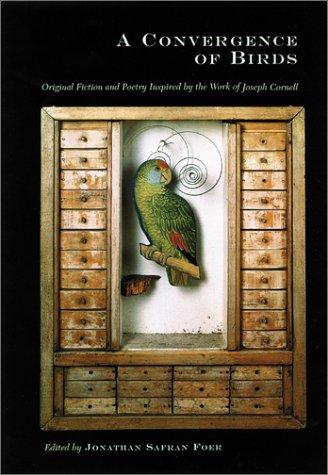 In the introduction, Jonathan Safran Foer outlines how this project came together: he has asked prominent writers to write texts in response to some amazing object artworks of birds by Joseph Cornell. He reflects on a rejection letter from an author who has written to him lambasting him for expecting so much from writers without guidance, concept or recompensed.

I tend to agree with this critic – this book is a failed vanity project. The photographs of the Cornell artworks are wonderful but the short stories and poems in response to them are mostly poor, unconnected from the works, and poorly curated. Aside from a couple of exceptions (The Grand Hotels by Robert Cooper stands out) this collection is underwhelming, and I suspect much of this is down to the privileged presumptions of the editor-author who acknowledged (and then ignored) the author who eloquently lambasted him.