Where There's a Will

Discovering Endurance in a Race Across Europe 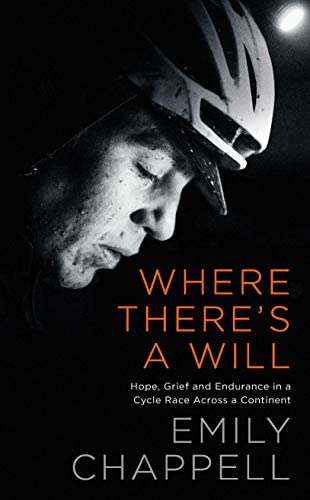 Emily Chappell's story of transformation into a cross-continental bike racer, pushing the limits of her endurance

A London cycle courier with a taste for adventure, Emily Chappell entered an extraordinary new race - The Transcontinental - in which riders must find their own way, entirely unassisted, across Europe in the shortest time possible. On her second attempt, she won the women's event, covering nearly 4,000 miles in 13 days and ten hours, sleeping in short bursts wherever exhaustion took her.

In the aftermath of a win that troubled as much as pleased her she worked with Mike Hall, the founder of the race, until his tragic death on the road.

Where There's a Will is a book about a normal person finding the capacity to do something extraordinary; the paradoxes of comradeship, competition, vulnerability and will and the shock of grief, combined in a beautifully written and very human story.

Emily Chappell is so cool. This is such an incredible adventure and cycling book. Very well written and addresses some really difficult aspects of the author's life. Highly recommend for anyone who likes adventure, cycling, or adventure cycling